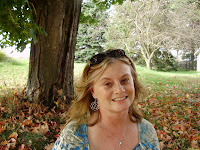 I Cannot Do All Things!
By: Sandra King
Do you sail ships you were never meant to sail? Or is it time to dock the ship?

Does your stomach churn through waves of responsibility initiated by the propeller of a poor self-image and the inability to say, “No?”

Have you gotten so busy doing you forgot about being?

Do you spend so much time making Him known that you don’t make time to know Him?

Been there. Done that. Repeated that. Several times.

Years ago I appeared to sail through an ocean of overcommitment. But in reality–not so much. The pressure mounted. It manifested itself in irritability, impatience, and inattention at home.

“Drop some of your activities,” my husband urged (begged).

But pride prevailed. “Who else would do the work? There is nobody!” I used my best martyr’s voice.

Then one day he told me his company wanted us to move to another state. I wanted to throw up. Everyone knew me here. Who would know me there? Fear mingled with pride.

I had to resign from everything.

And I felt guilty. (Note the “I” in the middle of “guilty.”) My leaving would leave big holes. Who would plug them? What if they weren’t? I mean, how would they get along without me?

Somehow they did. That kind of hurt.

But I found rest.

Until the next time. Because I have so many interests, I have to reassess, prioritize, and prune on a regular basis.

We often cling to the promise in Philippians 4:13 that we can do all things in/through Christ.

But in reality we cannot do all things. He gives us strength to bear up under our circumstances. He infuses us with the strength to do the things He’s called us to do.

As long as we are in Him, like a branch.

As long as our roots go deep.

As long as we seek Him first.

As long as we take time to know Him.

We have to remember that Philippians 4:13 hinges on the preceding verses.

In my case, He changed my circumstances. They were circumstances of my own making that I couldn’t/wouldn’t change on my own. So in His mercy, He forced a shutdown.

Over the years, I’ve kind of figured out if something isn’t in Christ (of Christ), the strength to accomplish it might not be there either. And if the strength isn’t there, maybe I’m not supposed to be doing it.

Now I try to ask myself two questions when I’m tempted to dive into another activity.

2. If I respond to this need, will I steal an opportunity from someone else?

How’s YOUR strength holding up?

About Sandra: Sandra (AKA Sandy or even Snady, the result of a typo that stuck) lives in Michigan in the same 150-year-old farmhouse her husband grew up in. She is mom to two grown adopted children and grandma to Gracee, with another granddaughter in the oven. Snady is a passionate chocolate lover, Bible teacher and inspirational writer who still keeps her nursing license intact. She maintains two blogs, The Write Pursuit  and Beholding God. You can also find her on Twitter and Facebook.

~~~~~~~~~~~~~
Thank you so much Sandy!!! What an incredible reminder for us all, I know I was sharking my head in agreement with you the entire post. That was so great!
Right now we are lining up writers for June and July 2010 and I’d love to have you join the Godly Gals crew by emailing me at melsworldministry {at} gmail {dot} com for a copy of the Submission Guidelines.

I’m looking forward to hearing from you and seeing what God lays on your heart!