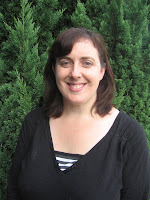 The Tipping Point
By: Philippa Smythe
Tipping point :> The point at which a slow, reversible change becomes irreversible, often with dramatic consequences.
History is full of stories of ordinary people leading extraordinary lives as they stepped up to be change agents and shape their times.  Churchill rallied a nation against Hitler. Martin Luther King had a dream that brought segregation to an end in the United States. Ghandi, a lawyer from India, broke the strength of the British Empire to birth a nation. These ordinary people, born for such as time as theirs, pressed against History and transformed their world. They were the tipping point and they demonstrate that one person can make a difference.

Throughout the Bible we see time and time again, God choosing the few to overcome the many; the small to overcome the large. We see it with David and Goliath, Gideon and his 300 soldiers, and Elijah against the prophets of Baal.

In Esther we read how an extraordinary Queen saved her people. Yet her story begins not as a Queen, but as an ordinary girl who “won the favour of everyone who saw her” and secured “the approval of the King” (Esther 2:15-17). Then in her position as Queen, yet still with the threat of death, she appeared unsummoned before the King to save her people. She took a stand, found favour with the King and saved the Jewish nation. She changed the course of History.

Our Sphere of Influence

We may not be Queens or Prime Ministers, but we are all change makers. We all have a sphere of influence. You may be just one person – one Christian in your family, one Christian in your workplace but you carry within you the King and Lord of all! Don’t underestimate your ability to influence. You affect and impact the people you are around. You can be that tipping point for change that your family, your workplace, city and nation so need.

We were all created for a specific purpose by our God.  A purpose to change the world in which we live, to do His divine will. Every pawn on the chess board has a role and is needed if the game is to be won. Don’t discredit yourself if you are not the Bishop or the Queen. We are all needed. We are all planned for. We all have a role to play. We are told in Daniel that “the people that know their God shall be strong, and do exploits” (Daniel 11:32). So we can confidently and boldly step out and impact every nation and every generation.

When God looks at you, His focus is not on what you don’t have. His focus is on what you do have. He doesn’t care about your limitations, your IQ, or your education – He cares about what is in your heart.  He is moved by people whose hearts are wholly on Him, and He will strengthen those people.

Believe What God Has Placed In You

So watch for that divine connection when you’re out with friends, with family and at work. Understand that there is more to what is going on around you than “you.” There is a divine purpose from God for where you are placed and who you are!

“From one man He made every nation of men that they should inhabit the whole earth; and He determined the times set for them and the exact places where they should live.” (Acts 17:26)

Resist the efforts of the world to keep you as one of the crowd. Look beyond the present conditions. Look beyond the obvious and see the future of your dreams. Ghandi did, Churchill and Martin Luther King did. They saw a future and so they stepped out from the crowd and fought for it.

It takes just one person to stand. So don’t despise the day of small beginnings -just keep on being obedient to whatever God tells you to do. Those small acts of obedience to God, those small responses to God moving in your life all count. Small becomes large – a minority becomes a majority when our God is involved.

A Queen of Persia risked death for her people. Something happens when a person steps out from the crowd and pushes against History. Are you going to be that someone?

You have a place in History – You were born for such a time as this!
A Little Bit About Philippa:
My roots are based in Heaven but I reside in Auckland, New Zealand! I’m mom to two little boys—Micah and Toby (2yrs and 1yr olds). I work alongside my husband who is the Ministries Director for our church where we lead the Ministry Teams together. I’m passionate about seeing people empowered and equipped to walk out their callings in Christ Jesus. I’m also involved in the Women’s Ministry and am one of the Editor’s for our Church Magazine. I love writing, journaling and teaching about the Lord. Follow her on her blog: My Sacred Obsession.
~~~~~~~~~~~~~
Great Words of wisdom today Philippa…thank you so much for your words of encouragement and passion!  I love it!  I can’t wait to see others catching on to this kind of “Tipping Point”.
Each and every week I am blown away by the women, their words, their stories, and what God is doing in the lives of these Godly Gals!  I know, that I know, that I know that there is so many lives being changed by them and I also know that there are so many more Godly Gals out there waiting to be heard from.
That’s where YOU come into play…if you are interested in being a part of the Godly Gals series then take a minute to send me an email at melsworldministry {at} gmail {dot} com for a copy of the Submission Guidelines…I’d love to have you join us on this crazy awesome adventure.