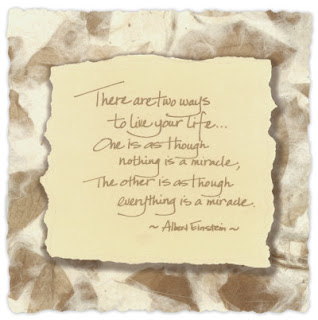 Come and see what our God has done,what awesome miracles he performs for people!
~Psalm 66:5

According to Dictionary.com a miracle is explained as this…
mir·a·cle
1. an effect or extraordinary event in the physical world that surpasses all known human or natural powers and is ascribed to a supernatural cause.
2. such an effect or event manifesting or considered as a work of God.

…but I know what a REAL miracle looks like. Let me share a little bit of my miracle with you this Sunday during our Speak to My Soul Sunday’s here in Mel’s World. It is my prayer that you will be encouraged and inspired by today’s true story of my miracle.

It was three years ago today that my life and the life of each and every member of my family would change forever. You see, our oldest son, Nick, was eleven years old and was in his first week of Middle School. He had been in a private Christian school since he was three and this was the first time he had been in the public school system and we were nervous and excited for him as he was beginning a new chapter of his life. (Ok, I was terrified if I am being completely honest here, but I had faith that he would be fine.)

It was to be his sixth day of school, it was Wednesday, August 17th, 2005 and it was five minutes before six o’clock in the morning. I know this because my alarm had already gone off and I was doing the dreaded, five more minutes and I’ll get up speech with myself, when I heard a strange noise coming from my son’s room. Normally he would come in my room and say something like, “Mom, I don’t feel good” and we would cuddle for a bit, but this time he didn’t come. I have to admit, I was a tad frustrated because I wanted my last five minutes, but I got up and went into his room.

What I walked into was nothing short of a nightmare and over the next thirty minutes my world was rocked and turned upside down. My eleven year old, healthy as an ox son, was completely out of it and had started seizing uncontrollably right there in front of me. My youngest son walked in the room while I was screaming and trying to get my son to wake up and I quickly shooed him out the door and had him call his grandfather (my parents live about five miles away, thank God).

I was on the phone with 911 talking to the most patient person in the world as I described what was going on, she kept telling me that when he wakes up and comes out of him to reassure him and comfort him, but after thirty minutes he still hadn’t stopped so when the paramedics arrived at the house they told us that they would be airlifting him to the nearest children’s hospital and that we needed to ride the ambulance to the nearest ballfield so the helicopter could pick him up.

When we arrived at the fields the chopper was there but they told us that we would not be able to go with him. At this point I am completely beside myself and the paramedic pulled my husband aside and said that we needed to go straight to the hospital immediately and to be careful getting there. He held my husband’s shoulders and said, “You HAVE to be careful getting there”. As we pulled out the other fire personnel that were at the firehouse (it was right next to the fields) all came out and lined the streets as we pulled out…it was incredible. I don’t remember driving to the hospital, all I remember is almost getting in an accident on the way, and me jumping out of the truck before my husband put it in park to run into the Emergency Room.

After hours of tests, specialists, pain killers, and various other drugs my son was so “out of it” that it took four grown men to hold him down in the room (he was so drugged up that he was literally completely out of control) to get him settled so we could find out what was wrong with him. He still wasn’t able to talk or communicate with us and I sat there and watched my first born, my precious angel, slip into a medically induced coma so they could try and piece it all together as to what was going on with him. My heart broke, my knees buckled, and I truly do not remember HOW, other than by the grace of God, I made it through those first three days. You see, we didn’t know this at the time, but they really didn’t expect him to make it. They had us in the first PICU room with two nurses round the clock and three specialists there at all times watching and waiting. 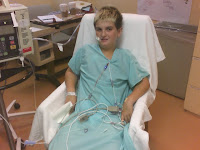 (This is him after 5 days of being completely out of it…it was the first time he smiled and sat up, it was a HUGE milestone for him.)

He shouldn’t be alive. He shouldn’t have made it. By all intense and purposes there is NO real reason that He is alive today, but you see, we serve a GREAT BIG AND MIGHTY God and even though we almost lost him three times while he was in the hospital for 51 days (the entire time in the Pediatric Intensive Care Unit) we clung to God’s Word and His promises and knew that even if we walked through the valley of the shadow of death that God would be there with us (Psalm 23).

We covered his room with Scriptures and he received cards from all over the world. We, as a family, were provided for in lunch and dinner for all 51 days, never missed, and our youngest son was basically adopted by our friends and family so that we could be at the hospital round the clock with our oldest son. The whole time that he was in the hospital one of us was there with him…the whole time! One of the posters that was in his room was from one of his friends from Student Ministry, and in the middle of the poster was this one verse John 16:32b – Yet I am not alone, for my Father is with me, and I clung to that day and night. I knew that no matter what came our way that each and every day is a gift and that there was clearly a reason that we were there, and it was bigger than my son, bigger than our family, and only something that God would be orchestrating.

Yes…we walked through that valley, yes, it was like a living nightmare, yes it was dark and scary, but we were not alone, our Heavenly Father walked each and every step of it with us, and when we couldn’t even lift our heads because we were too tired, when we couldn’t stand strong in the midst of this mess our Heavenly Father was there holding us up and saying, “Yes you can Melissa””Yes you can Matt””This is not too big for ME!”.

The amazing thing about this whole thing is that we were able to step outside of ourselves and truly see that God was doing an amazing work in us and through us the entire time we were there. From the valet guy talking to us about “praying for you guys”, to the security guards saying “wow, what church do you guys go to that they are loving on you like that?”, to nurses coming in the room and asking me to “pray with them” because they didn’t understand why we had such peace, to high level specialist doctors going to my husband (knowing that he is a Pastor) and asking him, “to pray to his God and ask for help on my behalf” as the doctor sat there and wept in my husband’s arms. We knew that God was up to some sort of miracle while we were there and were humbled that in the midst of our own nightmare that he would choose us to do anything for Him. You see, he doesn’t call the equipped, he equips the called…you and I are called to be salt and light in the world.

So, yes, I believe in miracles…I have lived my own real life miracle and have seens God’s grace and glory shine all over our family for it. My son is now a strong and healthy fourteen year old boy who the doctors said “shouldn’t have survived what his body went through”, but he did and we know why. We tell him each and every day what a gift that he is and that God has something truly spectacular planned for his life and as he went through his own Job experience (yep, we talked a lot about Job while he laid there in the hospital for 51 days). You know what though, through it all we still praised him, Psalm 136:4 says, “Give thanks to him who alone does mighty miracles.His faithful love endures forever.”

He had pancreatitis (I know some of you are thinking…well, what happened) that was brought on from a gall stone (which is incredibly rare in an eleven year old) that got lodged in his pancreatic duct (from riding a roller coaster of ALL things). He had his gall bladder removed and his pancreas liquified from all the toxins his body was producing from the duct being blocked and now he only has 10% of his pancreas left. The doctors said he will be insulin dependant for the rest of his life (diabetic). 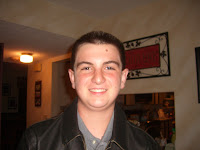 But guess what…after three years to the day he went into the hospital he has been insulin free for the last five days. You want to talk about a miracle…that is just too incredible for words. There is absolutely NO REASON that 1) he should have made it, 2) that he would be off insulin, but you know what…we finally learned to keep God out of that box and expect a miracle, because you know what…they really happen!!!

I believe in miracles,
Melissa