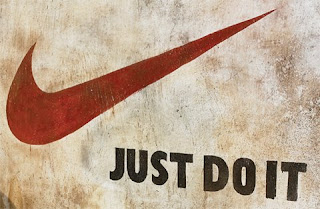 Dear children, let us stop just saying we love each other; let us really show it by our actions. ~ 1 John 3:18 (NLT)

I just absolutely LOVE LOVE LOVE this verse! As a matter of fact, it has been one of my life verses (more on that soon) for about five years now. You see, I am a “Get it Done” kind of girl. I am not one of those people who are always talking about “someday” this and “someday” that, I believe that it is GREAT to have BIG DREAMS for God, but I also believe there reaches a point where you stop talking and start doing.

After the verb ‘to Love,’ ‘to Help’ is the most beautiful verb in the world. ~Bertha von Suttner

Do you want to know why this hits me so hard? Because I used to be the person that would say I would do something and then struggle to follow through with it. I know in my heart that I meant to do what I said I would, but with my people pleasing habit it was hard to 1) say No, and 2) Remember what I said I would do. It wasn’t until about ten years ago when my husband (gotta love that man!) sat me down and gently (well, not so gently, he is a Melancholy/Choleric personality) explained to me that I was hurting my witness for Jesus by saying one thing and either not following through or doing something completely opposite.

It wasn’t until I realized that he was 100% right, and after much prayer, tears, and petitions to God to help restore that trait/bad habit in me, that I was fully able to lay it at the foot of the cross for healing and redemption.

Action springs not from thought, but from a readiness for responsibility. -Dietrich Bonhoeffer 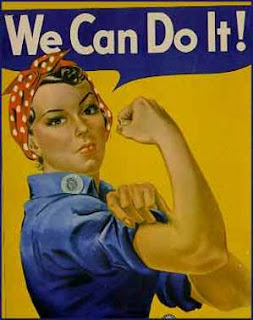 You see, when you see a friend in need is it better to say to them, oh I will pray for you, than it is to actually stop what you are doing right there and pray for them. Is it about the intent or about actually doing it? Ouch, I know that one hurts, as I have mentioned earlier, I have struggled with that too. I want to be a woman after God’s own heart, I want to be a woman who shows His love for the world by the actions I do. I don’t want to be the one who is all talk and no action, do you?

34″Then the King will say to those on his right, ‘Come, you who are blessed by my Father; take your inheritance, the kingdom prepared for you since the creation of the world. 35For I was hungry and you gave me something to eat, I was thirsty and you gave me something to drink, I was a stranger and you invited me in, 36I needed clothes and you clothed me, I was sick and you looked after me, I was in prison and you came to visit me.’
37″Then the righteous will answer him, ‘Lord, when did we see you hungry and feed you, or thirsty and give you something to drink? 38When did we see you a stranger and invite you in, or needing clothes and clothe you? 39When did we see you sick or in prison and go to visit you?’
40″The King will reply, ‘I tell you the truth, whatever you did for one of the least of these brothers of mine, you did for me.’

So, what do you need to do TODAY to be a “Get it Done” kind of person? I want to STOP TALKING and START DOING what needs to be done to show the world that there is a Love and a Hope in Jesus. He’s waiting on us to “JUST DO IT” already…what are you waiting for?

I’m Getting Out There and Getting it Done,