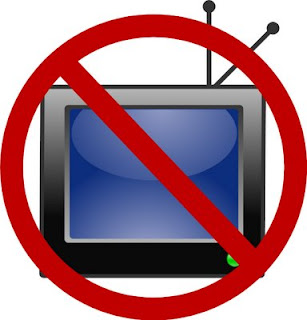 Welcome Back to TV FREE Monday’s in Mel’s World!
I can hardly believe it has been 5 weeks since we started this challenge with the kids. To be quite honest I wasn’t exactly sure we would make it very far, but we have decided to stick with it and I hope to continue to share with you some of the things that have happened because of it.
We also decided to take the challenge a little further by having a Scripture verse to memorize for the week. I mentioned that one week my hubby forgot to put the verse up and our youngest went online and found a verse for us to use that week. What I haven’t had a chance to share yet is this, we let the kids have a week off the challenge last week for Spring Break.
We really wrestled with whether or not to keep it a TV FREE Monday last week but since the kids had friends sleep over for Spring Break and the house was bustling with teenage boys we decided to let the challenge go for the week.
Get this…it made it THAT MUCH HARDER this week to keep the TV off today! I know, I know, you give an inch they take a mile, but to be quite honest we all kind of “forgot” about it until we noticed that the kids were watching tv this morning. We quickly got our “head in the game” (there’s a little High School Musical moment for you), turned it off, and now have a new Scripture verse to memorize.
Was it the end of the world that the tv was on? Nope…come on, let’s be real here, we’re trying to make a change and with that we will make mistakes, but we learn from them and move on. Isn’t that kind of how life goes?
This week is actually TV FREE WEEK (nationally) and although we totally think this is a great concept and idea we are sticking with our TV FREE Monday’s and will pray about working our way up to a whole week. (You should have seen my husband’s face when I suggested it…it was all kinds of scary…ha!)
Check out these interesting facts from the TV Turnoff Network

It’s somewhat shocking isn’t it? Just wanted to pass along some information to get you thinking…either way, the choice it yours! We’re taking it one week at a time…learning and growing every step of the way. Sometimes we stumble, sometimes we fall, but we keep on trying! Here’s to a great Monday for you and your family!