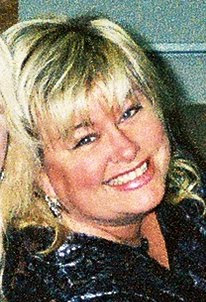 Praise & Coffee Night Makes a Difference
By Tami Sosa
I had been looking forward to that night for a couple of months – Praise and coffee night for women had finally arrived!
As it was the first one I had ever attended, like a child I was filled with anticipation.
Nothing could have prepared me for the incredible experience, however.
It was a beautiful crisp night, so the event was held outside.
As approximately 50 of us stood to our feet to worship, the music began – the kind of worship that grabs you from the very first note.
As we cried out to God, the moon illuminated us like a light on a stage.
I opened my eyes for a moment, and was touched by what I saw.. As we sang “Hallelujah” (The only word in the world that is the same in every language I learned that night) People had stopped on the sidewalk and were watching us sing. People had also parked their cars close by with their windows down to hear us as well.
I knew they felt the presence of God, for His word says in Psalm 22:3 that “God inhabits the praises of His people.” As I praised, I wondered what was going on in the lives of the people that were observing us.
Did any of them maybe lose a loved one that week?
Is this maybe the first time they had ever seen people praising God?
Had God been speaking to them as of late, and this was yet another way He was drawing them to Himself?
Did any of them maybe have loved ones in Haiti?
I began to pray that God would meet them right where they were at that night – I didn’t know what was going on in their lives, but God does.
I thank God that He allowed me to see Him at work that night.
He saw it fit that those particular passers by just happened to be at that place, at that time so He could reveal to them – and to us – just how awesome He is…
A little about Tami;
Tamilyn Sosa is married and lives in Deerfield beach, FL. She has been an insurance agent for 23 years. She is on the prayer web ministry at Calvary Chapel Ft. Lauderdale, and has been published  in The Sun Sentinel, The Good News of South Florida, The Happy Times and Chicken Soup for the Soul devotionals for women.
Seeking JOY on the Journey,