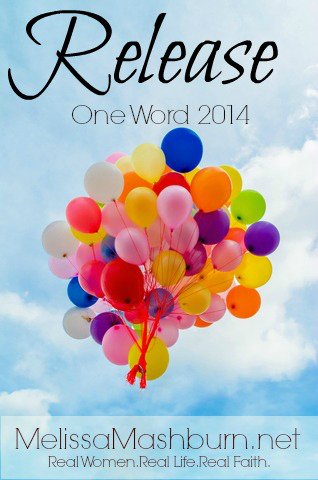 Doesn’t it just NEED an ellipses after it?

Oh, if you only knew how much I’ve wrestled with this #OneWord365. I’ve actually had it picked out and ready to go since mid-January, but to be quite honest I’ve simply struggled to share my word and the reasons behind it.

Should be easy enough, right? But, it’s the gut honest truth that scares the hibbie jibbies out of me. You know, that jump and see what happens kinda thing. Yeah, that’s pretty much this one for me.

For the last 4 years I’ve jumped on board with the One Word 365 (click the link to find out how you can get involved too–it’s not too late) that the brilliant and witty Alece Ronzino (known online as Grit and Glory) started back in 2009. It’s so much more than picking a word and running with it, well, at least it is for me.

I spend a day walking, talking and wrestling with God with what my #OneWord365 focus should be for that year. I have a piece of paper beside my desk and throughout the day I write down various words that come to my heart. 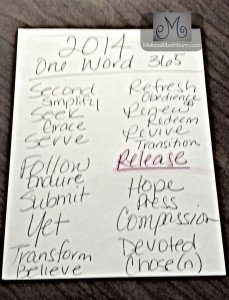 As you can see, there are a lot of “words” on that list, but at some point throughout the day I wrote “RELEASE” and underlined it. It was right then and there that I knew that this is my word for 2014.

Here’s what I found out about the word RELEASE from Dictionary.com:

1. to free from confinement, bondage, obligation, pain, etc.; let go
2. to free from anything that restrains, fastens, etc.
3. to allow to be known, issued, done, or exhibited
4. Law. to give up, relinquish, or surrender (a right, claim, etc.).
noun

That’s great and all, but for me RELEASE means so much more…

It’s been a couple of months now and I’m still working through my #OneWord365, but I have no doubt at all that RELEASE it one of those that is going to be easier said than done and also it’s going to have to be covered, smothered and blanketed in prayers.I’d love it if you get a chance and feel led to join me in prayer…

I can’t wait to hear from you…

Don’t forget to go over to visit the #OneWord365 website to find more people just like you and hear their #OneWord365 stories too!